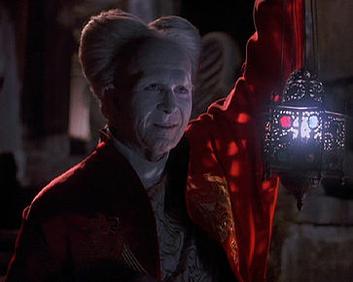 So, my plan is to do weekly blog posts on Fridays. A weekly habit that should help me focus, forces me to put words on screen and put it out there for the world to see.

The pleasures of screaming into the void.

But what can I talk about?

I had a few ideas, but none of them are ready. So let’s do something easy

I finished reading/listening two classics of genre fiction; Dracula by Bram Stoker and The Sign of the Four by Arthur Conan Doyle.

Dracula needs no introduction. It is one of the most important and widely regarded pieces of gothic horror and seminal for Vampire fiction. The inspiration for countless works, film adaptions, spoofs and entire sub-genres.

The Sign of the Four is a major Sherlock Holmes story where Dr. Watson meets his future wife Mary Martson who is searching for the truth of what happened to her father. What follows is a conspiracy involving a Raj’s hidden treasure, veterans of the Sepoy Rebellion and a pygmy blow-pipe assassin.

When I was in 2nd Year University, my political theory professor made us read all the classics; Plato, Aristotle, Hobbes, Locke, Marx etc… He told a story about how he would meet Masters and PHD students working on major political theories but had never actually read the original texts themselves.

In order to work in something, you need to understand its origins and early works on their own terms.

I took this lesson to heart and for the last two years have gone out of my way to read the classics of fantasy, science-fiction and horror. It is important to understand the origins of genre writing on their own terms. I have read Mary Shelly, H. G. Wells and Edgar Rice Burrows.

I love a lot of this stuff, I adore it, but I also see what parts have become extremely dated, problematic, poorly written or just gratuitous. It’s a mess and I love it.

Sometimes I struggle to read older works, but I have found audiobooks make some works more palatable.

I have my issues with both these books. Dracula lags in the middle with the constant back and forth between saving Lucy, Killing Lucy, Hunting Dracula with no much actually happening. Sign of the Four is of its time, but I can’t deny that the way it presents South Asian characters is both distracting and vile.

It is equally important to not dismiss modern day sensibilities and reactions to these issues. As much as they were written then we are reading them now.

I will still continue to read the classics because it is essential to understand genre fiction. How to write it, where it comes from, what ideas have been covered, and where certain stereotypes/tropes/cliches originate.

Every writer should know their own genre. This is homework for a writer, this is the real education.

Finished two more sagas. One set in the 5th century and featuring guest appearances from Beowulf, sorcereress and berserkers. The other set in the 11th century with the climatic battles at hastings and stamford bridge.
2022 was probably the hardest year of my life. I quit a job, lived in Iceland, wrote another book (maybe two?), started a few new jobs, climbed mountains, got Covid, moved out, touched places where vikings walked, learned to drive, took a comic making class, made friends, lost friends, tabled at my first convention, wrote some more, then sprained my ankle.
Good book for those already interested in the topic. Some chapters tend to drag but it depends on what specific details you are interested.
Remember when I used to post books on here? Yeah neither do I.
2nd Day at Fanquest!! Come visit me! Come get your dark fantasy fix!
… so it begins